Established in 2018, SKYGEN International Foundation’s mission is to improve healthcare in underserved parts of the world by employing digital technology. Since July 2018, SKYGEN has focused its efforts in the Arusha and Meru areas of Tanzania. Each day, a team of 12-13 Tanzanians travels to a different school or location to provide free vision tests and prescription glasses to those who could not otherwise afford the tests or the glasses. 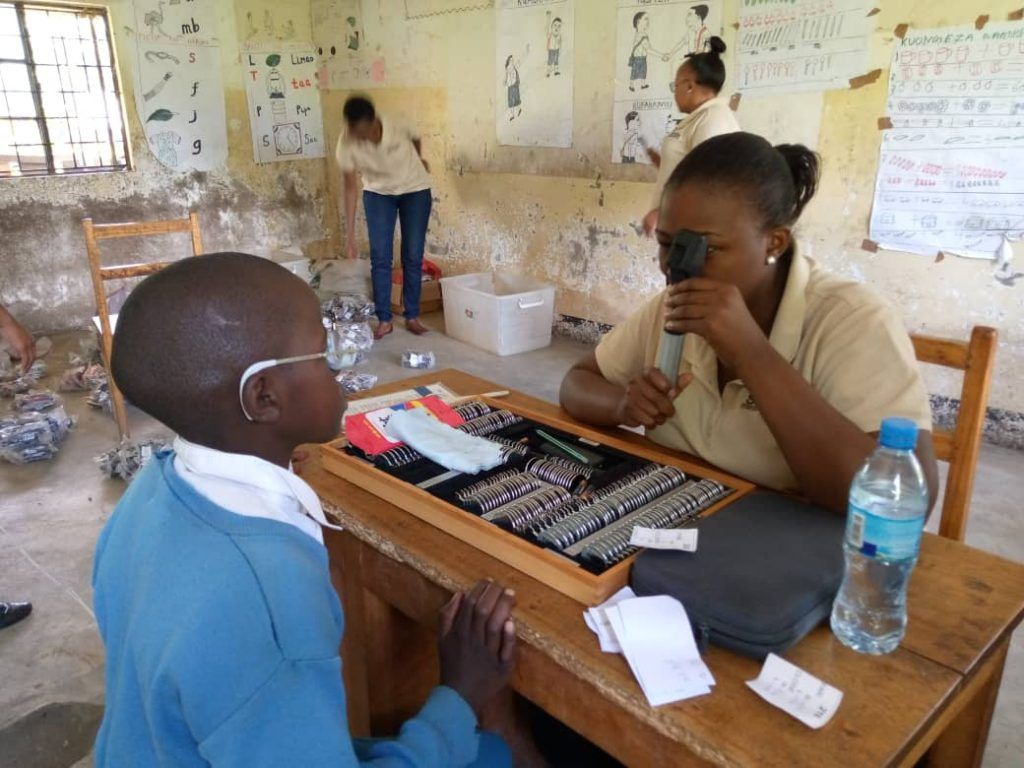 According to UNdata, there are almost 60 million people living in Tanzania and about “half of them continue to live below the international poverty line of $1.90 per person per day”. Around 70% of Tanzanians live in rural areas that lack basic amenities such as electricity and sanitation facilities. Access to healthcare is a real issue and vision healthcare is even less accessible with fewer than 300 optometrists in the entire country, most located in urban areas.

SKYGEN partners with the Evangelical Lutheran Church of Tanzania (ELCT), Essilor and Adaptica, a manufacturer of mobile detection devices for refractive errors and visual defects, to provide free vision testing and glasses. With government approval, the team recently finished visiting every primary and secondary school in the Meru area, and testing every student and their teachers. We have now moved on to all the Arusha area schools. When class is not in session, the team conducts clinics for the general population.

Each person receives an acuity test and an auto refraction test. All also receive information on proper vision health and hygiene practices. Those requiring correction then meet with one of our team’s two licensed optometrists to finalize the prescription using our portable phoropter and test lenses, and to receive any necessary medical advice. They are then able to select their new glasses from Essilor’s Ready2Clip and ReadyMade ranges. SKYGEN maintains a database of all glasses recipients.

The impact on the community and the team members has been inspiring. In early February, after just over 19 months of activity, we tested our 125,000th person and gave away our 27,000th pair of free glasses. We have tested over 93,000 students and 4,000 teachers.

We have received reports from teachers and parents of vast improvements in both school performance and behavior. One young man went from last in his class to being one of the top 10 students. Another with a 1200 vision correction, can now see the board. In Tanzania, students who do not pass the Primary School Leaving Exam after Standard 7 cannot enroll in a government secondary school. Most cannot afford private school so their education is over. Glasses can help to change that future – now they can see the lessons on the board.

At ELCT, the ministers and Bishop also reported increased participation – volunteering to do readings, singing along with the congregation because now they can see their bibles and hymnals. People can now see to drive safely. Even something as basic as harvesting rice and separating pebbles from the rice to make dinner is now possible.

The foundation grew out of a trip Craig Kasten, SKYGEN USA’s chairman took with his family. While on safari in the Kilimanjaro area, they visited a school for the deaf and noticed the children also had vision issues. Craig realized his goal of starting a foundation could be achieved by using the company’s technology and finding the right partners to help these children and others in Tanzania. 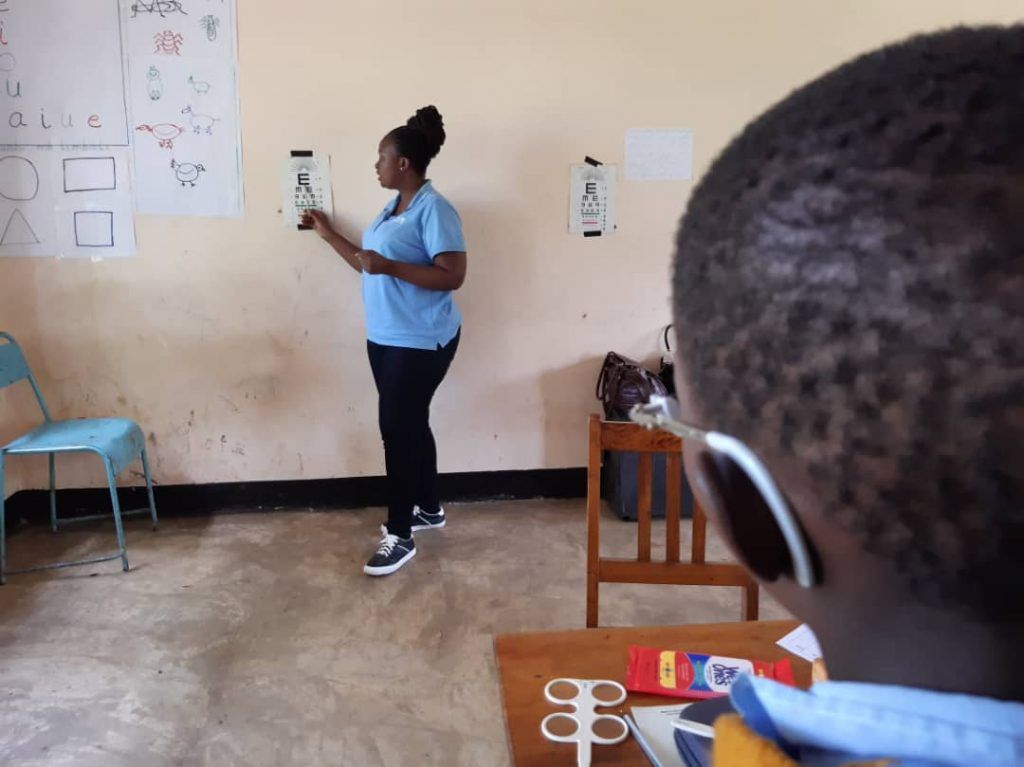 Our partners and our Tanzanian team are key to the success of SKYGEN International. As a result, the foundation continues to grow and receive requests for more assistance. We will continue with the Arusha schools, which will take well into 2021. We are also hoping to open a small local clinic to provide follow-up care for those who received glasses and need replacements, stronger prescriptions or have other issues. Eventually we want to expand to other areas of Tanzania and beyond.

The future is bright and clear.